Can you match the shoe to its owner: Answers

Did you check out the latest edition of The Brightonian? Here are the answers for the
"quiz" on page 5.

Our Archived
Podcasts:
*
The Will and Kirby Show
*
CrimeKnot with Andrea and Savvy
*
Story Time with Aidan Glynn
*
Breaking it Down with
The Brightonian

You can also click on our
Podcast Archive to listen to our podcasts from last year.

We are in the process of revamping our podcasts. But Click on the Podcast  title to listen to our archived 2020-2021 podcasts!

The second month into the new year, and there has been eighteen school shootings. It's sad to accept the reality of a world in which school shootings and mass shootings are a common occurrence. The most recent massacre happened on February 14, 2018, at Marjory Stoneman Douglas High School in Parkland, Florida. Seventeen were left dead and many others injured. While the perpetrator has been arrested, the fear is still felt. The reality of attending high school in 2018 is sad a 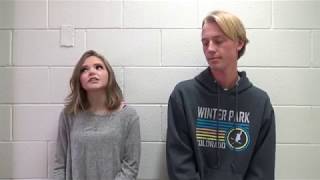